Donald Trump has been a very unique presidential candidate, to say the least, and his uniqueness stretches all the way to his positions on foreign policy issues. His positions on foreign policy involves: building a wall on US Mexico border and making Mexico pay for it, defeating ISIS, and establishing new immigration controls to boost American wages. At face value all of these ideas, except maybe building a giant wall on the southern border, may seem like good ideas. After all, boosting American wages would mean that Americans can buy more stuff, right? Well, this is actually not true.

Trump’s plan to boost American wages would actually hurt the US’ economy and cause American incomes to decline. The reason for this unexpected outcome is that limiting the possibilities of immigrants to gain employment means that lower wage positions will go to Americans. These Americans will demand higher pay than the formerly employed immigrants. Since business owners will be forced to pay employees higher wages, the cost of goods will increase. This means that all Americans will be paying higher prices for goods. As a result, Americans would have less discretionary income. This would lead to demand for higher cost services declining and could further lead to a decrease in employment among higher salaried careers.

Trump’s proposal to build a wall along the Mexico border would be incredibly costly, costing around $15 billion to $25 billion. Mexico’s president, Enrique Peña Nieto, has also said that Mexico is not paying for a wall at the US border. Despite President Nieto’s statements, Trump continues to say that Mexico will pay for the wall. However, Trump actually has no way to effectively force Mexico to pay for the wall. Additionally, Trump’s plan does not take into account the many underground trafficking tunnels, which could be used to smuggle drugs and people. These underground tunnels are at times very sophisticated and large. For example, US law enforcement officers found a tunnel that ran all the way from Tijuana, Mexico to San Diego, California. 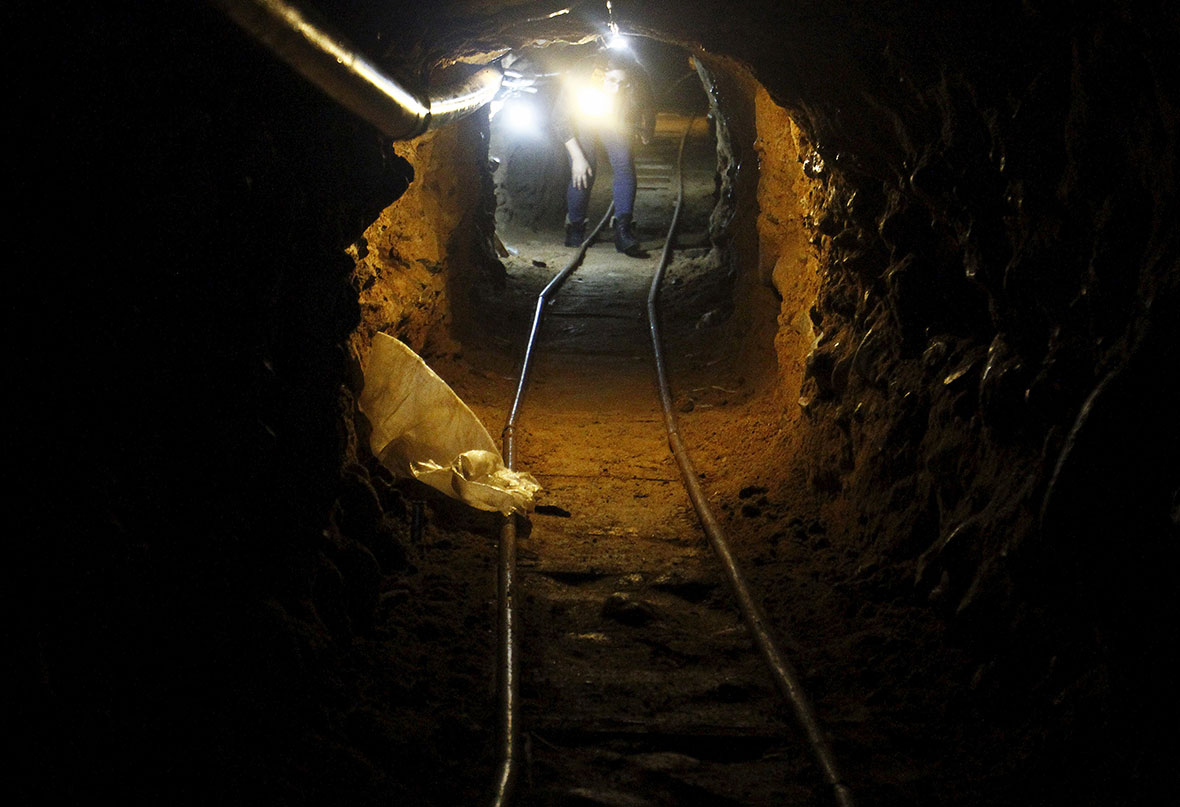 A Journalist walking through a tunnel in Tijuana, Mexico

Work with allies in the Middle East and “pursue aggressive joint and coalition military operations to crush and destroy ISIS, international cooperation to cutoff their funding, expand intelligence sharing, and cyberwarfare to disrupt and disable their propaganda and recruiting.”

The big problem here is that Trump’s statement is not very specific; he doesn’t explain how he will do any of the things he outlines. Trump claims that he isn’t being specific because he doesn’t want the enemy to know his plan, but I’m not buying this. I think Trump isn’t being specific because he doesn’t actually have a plan to defeat ISIS, which is understandable since Trump does not have much experience, if any, in developing international policy. His experience is in business, not international politics. Additionally, if Donald Trump actually had a plan, then one would think that he would at least give a little outline or sneak peak of his plan, but he has yet to do this.

Overall, when looking at foreign policy, Trump does not seem to be well suited for the position of President of the United States of America. His foreign policies would not only hurt the US economy, but they also seem to be vague and not well thought out.

Read more of Wes’ articles and research about terrorism, economics, and international relations at thepoliticist.org