The second coming of ‘Lunastus’

The Baltimore Rock Opera Society brings sci-fi back on stage 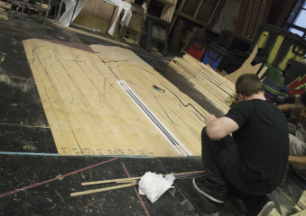 On September 15, BROS will bring its original sci-fi comedy back on stage with a new script, new music and a brand new aesthetic. “This is a rewrite of my first rock opera,” Lunastus writer and director Chuck Green shares. “A lot of people have wanted to see this show again.”

BROS first performed Lunastus in 2011 as part of a double-feature. This fall, the show will stand on its own.

The two-hour production is inspired by the sci-fi genre—particularly Star Trek—with musical influences from David Bowie, Phantom of the Paradise, Velvet Goldmine , and Smashing Pumpkins. “I’m a huge Trekkie,” Patoka admits over the phone. “I’m staring at a figurine of Q as we speak.”

Though the show has been rewritten, the story remains the same: four astronauts and their robot friend, Android, journey to find a new planet for humans to inhabit before the Moon falls from orbit and destroys Earth. They arrive on planet Lunastus and discover a bizarre alien world with, for lack of better words, a “terrible secret.”

Patoka describes the sound of the show as “atmospheric glamorous alien.” The even crafted what they call a “space-bone,” a trombone affected with pedals that can play several octaves at a time. The entire album has already been released online at bros.bandcamp.com.

BROS currently rehearse at The Bell Foundry, a multi-purpose arts space in Station North, but are actively fundraising to move into their very own rehearsal and performance home. It’s at the Bell Foundry that Jacob Dillow, costumes co-designer, creates the extra-terrestrial getups that pair with the show’s glam-rock ballads, alongside his fellow costume and design teammates. Dillow focuses mostly on the alien costumes, while other designers take on the humans and the “nog trees—” a supernatural component of Lunastus that you’ll just have to see for yourself. 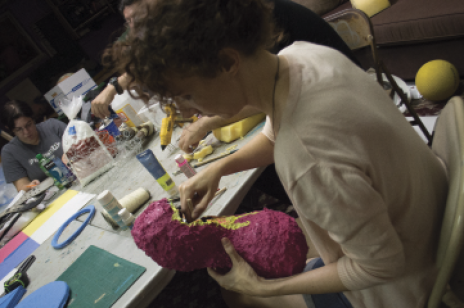 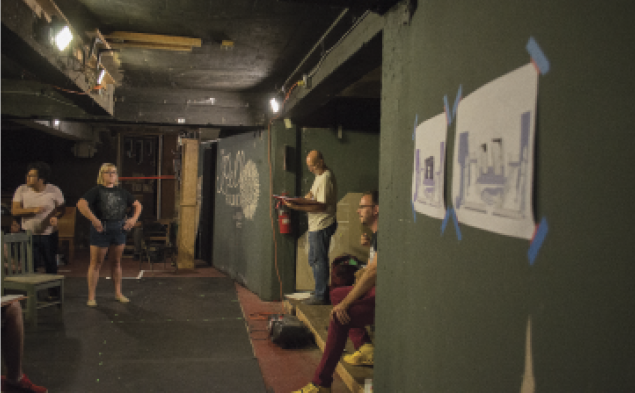 Both Dillow and Patoka got involved with BROS during the 2011 Lunastus production and have been active members ever since. “BROS has been my gateway drug, more or less,” Dillow says. “It’s an entryway for a lot of people into theater.” Patoka, who has written the music for both iterations of Lunastus, is “so excited to bring this show back—better and badder. It maybe took some years off my life, but it’s totally worth it.”

Green was stage manager for the BROS’ first ever production, Gründlehämmer, and later took on the role of writer when the group decided to perform a historical rock opera. “I just sort of delved though all of my science-fiction entertainment knowledge,” Green recalls. “I feel like my forte in writing is in comedy.” He describes Lunastus as having “light-hearted character dialogue in a sci-fi scenario—this is the funniest show that BROS has done.”

Patoka expresses that BROS “want more people to get involved.” The organization is entirely volunteer-based. “We’re always looking for volunteers and new creative people,” Dillow adds. “We’re fun to hang out with.”

The BROS have already raised 61% of their $75,000 goal to open a space of their own— to be dubbed, glamorously, “The Paradise.” Check out The Terrible Secret of Lunastus at Zion Lutheran Church, Sept. 15—Oct. 8. Tickets: baltimorerockopera.com