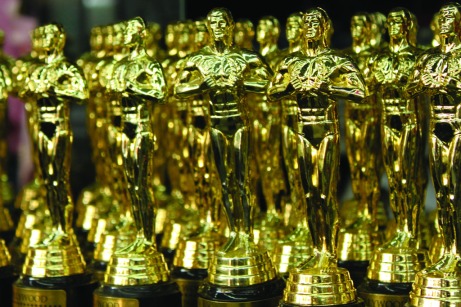 Most people probably remember the accusations last year. There was a significant outcry from the American public about the alleged “whitewashing” of the 2016 Oscars. We aren’t really seeing that type of backlash in the weeks after the 2017 awards. This was probably due to a few things. First, the press and social media seem to have an unusually high amount of distractions this year.

Twitter and Facebook are still seething with election rants – fueled by celebrity comments like host Jimmy Kimmel’s zinger, “I want to say thank you to President Trump. Remember last year when the Oscars were racist? That’s gone, thanks to him.”

The mix-up of the best picture award also consumed a significant proportion of press and twitter quips. Mlive.com reported some of the more memorable tweets about the Oscar gaffe.

@kibblesmith tweeted, “Hey ‘La La Land,’ remember when you have us that fake happy ending and then took it away… How’s it feel?”
@billyeichner tweeted, “If anyone from the in memorial is still alive, please let us know”

@sethmacfarlane tweeted, “You know what the problem is… millions of Academy members voted illegally”

With all of this going on, how could shouts of racism possibly make the front page?

The other reason for the absence of racism accusations was that the stage was not filled with white folks. Probably the best example of this was when ‘La La Land,’ a predominately Caucasian group yielded the stage to ‘Moonlight,’ a predominately African American group.

Obviously, there is not going to be as much of an outcry if the invitations are going out to races in a more proportional manner.

To be sure, people can still pick things to complain about the 2017 Oscars. CountingWomanArts twitter account noted that not a single woman has been nominated for best director in the past eight years.

Someone somewhere is probably arguing that some degree of reverse discrimination occurred in the 2017 Oscars because of the 2016 outcry – in an effort to maintain good publicity.

The Oscars is always going to be yelled at for something and be accused of the vilest atrocities by someone sitting behind a computer. In 2016, it was racism. In 2017, it was logistical and technical failure. Seems to be a good trend. 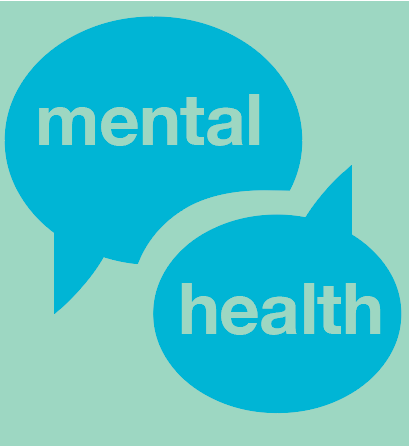 It’s true though. We frequently say yes to things that we really do not want to do. Why?

At school, students spend their time sprinting from lecture to meeting to networking to tutoring to test taking to group study to lunch on Charles Street to a campus job to block party. Each one of these things is potentially helpful for us. But why do we insist on running incessantly from one to the other when it wears us down?

One explanation is that we are afraid we will miss something if we don’t go. We might miss making that contact to land that job. We might miss that inspiring quote at a seminar that could change our whole perspective. We might miss out on the start of that inside joke that goes on for forever.

So we go to all of these events. Unfortunately, we are too busy thinking about the next event that we miss the joke anyway. We forget that inspirational quote. We couldn’t come up with anything interesting to say when we met that CEO.

In a frenzied attempt to not miss anything – we miss everything. We would have been better off staying home – at least we would have felt rested.

When we bring this conundrum to a parent or mentor, the common response is, “You just need to learn to say no.” This sort of advice is cited often but seldom followed. How come?

We can’t say yes to our friends all the time either. Reflecting on this situation, business student Jared Caplan said, “Its important to understand that you’re always going to have…something that you could go to that sounds more appealing.” This is true. It comes as a surprise to us when fun activities pop up when we are trying to get things done. We ask, “Why does this always seem to happen to me?” Maybe we shouldn’t get so surprised.

So how do we get over this? Business student, Emmanouil Giorgakis, gives some insight into the issue. He says, “I’ve got way too many things going on outside of school to get stressed… I work a lot at the family owned business – and that takes priority.” Figuring out what we care about the most seems to be the first step into when we should say yes and when we should “decline with regret.”

As a business student, I am often told to have my elevator pitch ready. When this topic comes up, those Wall Street movies come to mind – you know the ones. The young kid who is running his paper route gets into the elevator with the CEO of an investment firm, and by the time they are at the 14th floor, they are business partners. This always left me scratching my head – it seemed so unnatural and unrealistic.

Fortunately, the Dean of the Merrick School, Murray Diezel, created a way for us to meet important business leaders – in an environment much more comfortable than an elevator. In his series, titled Merrick Engages, Diezel invites UB students to join him in conversation with these special guests. This semester, discussions revolve around the tagline, “How well run businesses can make an impact.”

The most recent conversation, held March 2, 2017, featured Lane Epperson and Eric Becker. Epperson is the president and CEO of HiTech Assets, an innovative technology recycling firm. Becker is the founder of Caretta – a private equity firm – investing and developing promising businesses.

Lane Epperson gives his perspective on a business topic.

This conversation started off with typical business topics like strategy, innovation, logistics, and management. Sure, topics like sustainability and care for the environment were mentioned, but the focus on profitability still seemed to dominate. I was a little concerned that the talk would never tie back into benefiting the company’s stakeholders.

Midway through the conversation, Becker mentioned something that had nothing to do with profitability. There was something more. He described a time when he was walking around the electronic recycling plant in Oklahoma City. One of the line workers came up and told him how grateful he was for his job. This recollection brought Becker to a moment of profound reflection.

After the formal discussion, I asked Becker to tell me a little more about that situation. He said, “I always knew what I was doing profit wise… but the other part I didn’t realize.” This part, the people part, motivates him as he works towards bringing a new facility to Baltimore. He said that it would be a dream come true for someone from our city to come up to him and thank him for giving them a job.

Wrapping up the discussion, Dean Murray asked each guest to give a recommendation to the students in the audience as they pursue their careers. Epperson gave some advice that everyone at UB should hear. He suggested that we “be unafraid to be uncomfortable… to put ourselves in these situations.” He suggested that intentionally doing this would help us to grow professionally and would give us an edge in the business world.

There are so many events on campus that occur – it can get overwhelming. It is tempting to just block them all out. Attend at least one conversation. Meet the best, learn from the best. The next conversation will be held with Amon Anderson on April 18. RSVP online at
ubalt.edu/merrick/news-and-events

Students are often blamed for their disinterest in academic pursuits

The professor must first convince the student that the subject at hand is useful in real life. Only then will the student agree to care about anything the professor says.

It is a complaint of teachers and parents alike that students are not engaged in coursework. Professors and parents decry this apparent disinterest as laziness or another flaw of character (Kohn). They claim that video games and socializing, “is all they ever do.” To confirm this, I conducted a survey of UB students this past month (n=21). Student engagement in various activities was measured on a 1-7 scale (7 meaning high engagement). Electronic entertainment scored a 4.46 while spending time with friends scored a 5.95. Meanwhile, academic pursuits (class lectures and homework assignments) scored only a 4.1. (See Figure 1)

To understand the reasons behind this undesirable deficit, we will consider the average day of a gamer who attends UB. First, this student listens for an hour and a half to a lecturer talk about a subject which does not seem to have an application the real world. Then, during their study time, the student attempts to memorize this seemingly meaningless information and so he can fill in the correct little bubbles with a led pencil at the end of the month.

The student then goes home and unwinds by playing a videogame where he is participating in a breathtaking rescue scene. As the student is playing, he reacts emotionally as if he was actually doing the act himself – which would certainly be an exhilarating and engaging experience (McGonigal).

Perhaps students are harshly critiqued by parents and teachers unnecessarily. Talking down to someone for following a natural mental process may be quite misinformed and potentially hazardous to the portion of the student’s brain that dares to think beyond the PowerPoints and scantrons.

Please understand, I am not suggesting that the content UB lectures are irrelevant or meaningless. Nothing could be further from the truth. Much rigorous work has been put into building the theories that are taught in the textbooks. I am, however, suggesting that if the contents of the lecture are perceived by the students as being disconnected from reality, students will perceive the lecture as a waste of time.

Fixing the problem does not require an overhaul of the wealth of knowledge we have accumulated over years of rigorous academic research. The solution, instead, lies in the presentation of the information. This is where further research should be done.